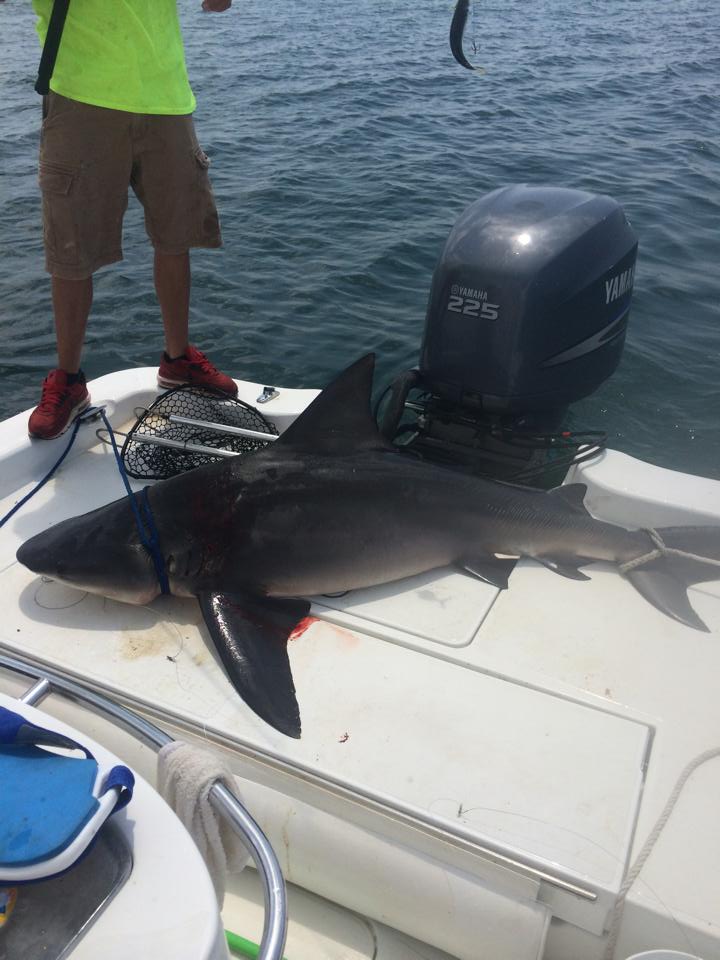 Pensacola Fishing Charters – Inshore
The speckled trout fishing in Pensacola Bay, Santa Rosa Sound, and Big Lagoon has been great and hopefully the steady bite will continue. Fish are being caught on both artificial lures and live baits like shrimp, croakers, and mullet. With the rough weather lately a lot of people have been trying to track down red snapper in Pensacola Bay, but it’s been a pretty slow bite. Fishing in Pensacola Pass for snapper has been about as good as any other spot in the bay.
Spanish mackerel, ladyfish, hardtails, and bluefish can be found along the beaches in the Gulf if you want some steady action. Just troll along the beach using speck rigs, Gotcha lures, or spoons.

Deep Sea Fishing Pensacola – Offshore
This year’s federal waters red snapper season has come and gone, but the good news is that anglers have until July 14 to harvest them in state waters.
With amberjack and triggerfish closed many offshore anglers have turned their focus to vermillion snapper and scamp, both of which can be found on the Edge.
Good numbers of king mackerel have shown up recently around the buoys and many of the public wrecks. You can catch them slow trolling with live baits or use dead cigar minnows with duster rigs.

Pensacola Beach Fishing Charters – Piers & Beaches
Summer is in full swing so as you might expect king and Spanish mackerel are the main target for anglers on the Pensacola Beach Gulf Fishing Pier and Navarre Beach Fishing Pier.
Bob Sikes Bridge is a great place for land locked anglers to fish right now. Speckled trout, redfish, flounder, mangrove snapper, and black drum are all being caught off the bridge.

Charter Fishing Pensacola – Freshwater
According to a number of different reports the bass, bream, and catfish action is right on par for the time of year after a few weeks of tough fishing due to the large amount of rain water. With the water warming up quickly it’s a good idea to hit the water just after sunrise or right before sunset.