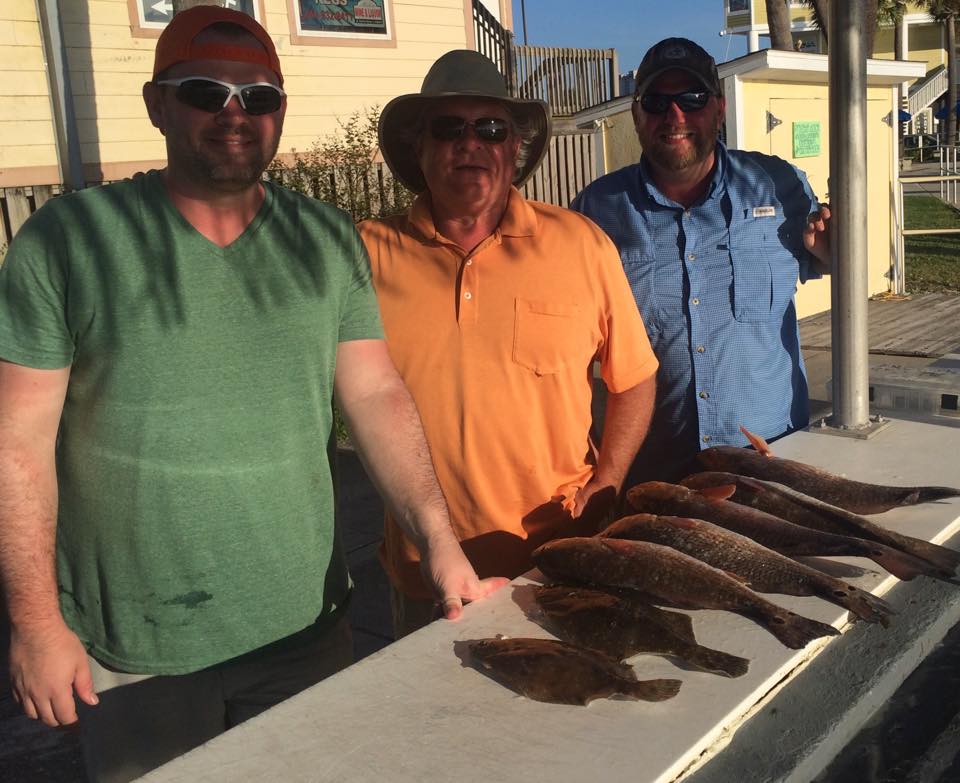 Inshore – Pensacola Fishing Charters
Several anglers have found big schools of bull redfish feeding on the surface in Pensacola Bay over the last few days. As usual this time of year they can be found just about anywhere, but I would definitely take a minute to look around the points off Gulf Breeze.
The king mackerel bite in Pensacola Bay has finally turned on. Good numbers of fish were caught over the weekend and a fifty seven pounder was landed a couple of days ago believe it or not.

Offshore – Deep Sea Fishing Pensacola
Red snapper season is now closed in both state and federal waters, but you have until the first week of December to go after gag grouper.
The rough weather has kept most people from getting offshore, but with it being so warm the billfish, wahoo, and dolphin bite should continue to be good for quite a bit longer.
The tuna fishing has been great out at the deep-water rigs and should stay that away as we move into winter. The good thing about going right now is the fact that there’s still some live bait around which can really give you an advantage.

Piers & Beaches – Fishing Pensacola
Pensacola Bay Fishing Bridge and Bob Sikes Bridge are both excellent spots for land locked anglers to try at this time. A variety of different species can be caught at both, but you’ll always find more white trout at the Pensacola Bay Fishing Bridge.
Now’s a great time to hit the surf in search of pompano, whiting, and redfish. We should see the pompano stick around until the cold fronts really start moving through.

Freshwater – Inshore Fishing Pensacola
According to a couple of different anglers the heavy rain hasn’t taken too much of a toll on the local rivers. It sounds like the water may be pretty muddy in areas, but bass, bream, and catfish are all being caught on a regular basis.