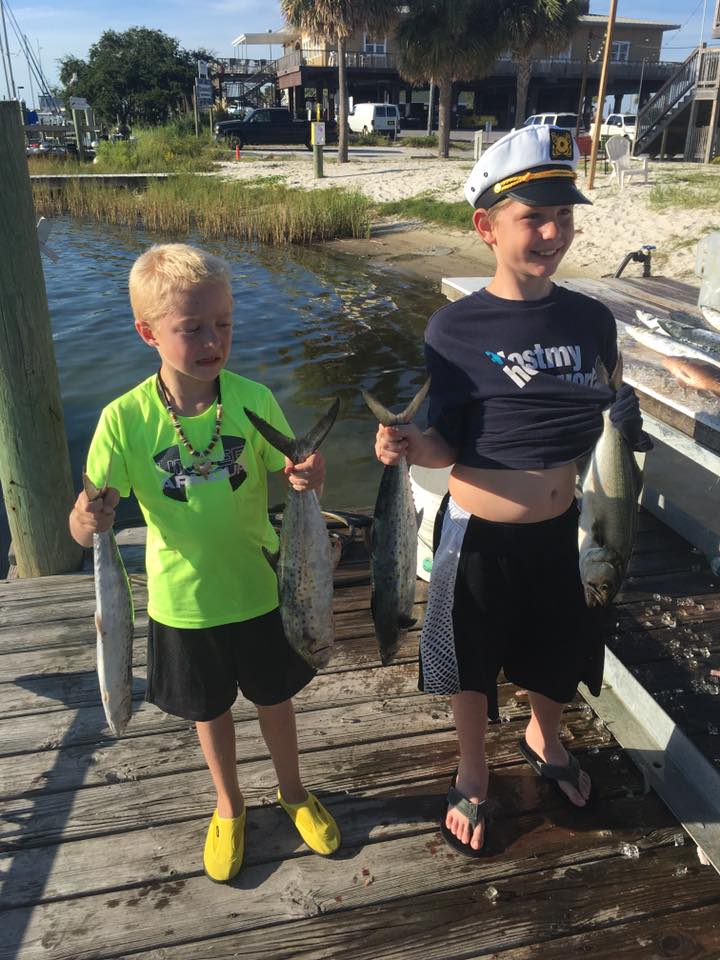 Inshore – Pensacola Fishing Charters
Mangrove snapper fishing still is a good option for anyone looking for action in Pensacola Bay. Just get some live shrimp and fish around one of the local bridges or rock piles.
Spanish have been a bit tougher to find since the rough weather last week, but there’s still some around to catch.
Quite a few flounder are being caught all of a sudden so hopefully it’ll continue to pick up as we move into fall. As usual just fish around structure with a Carolina rig and live bull minnows or alewives.

Offshore – Offshore Fishing Pensacola
It looks like we’re going to get some nice weather and calm seas this weekend to head out into the Gulf for red snapper or venture further offshore to do some trolling.
If you’re going bottom fishing you can keep amberjack anytime and red snapper on Fridays, Saturday, and Sundays in Florida state waters only. Gag grouper, scamp, and vermillion snapper are open in all Gulf waters.
Now’s a great time to make your way out to the Nipple or Spur in search of white marlin, wahoo, and dolphin. You’ll just want to troll around with Ilanders and small bally-hoo.

Piers & Beaches – Charter Fishing Pensacola
Fishing on the Navarre Beach Fishing Pier and Pensacola Beach Gulf Fishing Pier has been pretty slow since the bad weather last week, but a few Spanish are being caught. According to a couple of reports the water is clearing up so hopefully the kings will show back up soon.
Bob Sikes continues to be a good spot for land locked anglers. As I’ve said the last few weeks you want to fish for mangrove snapper, redfish, Spanish mackerel, and flounder using live shrimp and alewives.

Freshwater – Inshore Fishing Charters Pensacola
Reports from the rivers have been few and far between over the last week since very few anglers have been fishing, but a couple of people reported catching small bass. We should see the freshwater action improve over the coming weeks as the weather slowly starts cooling down.