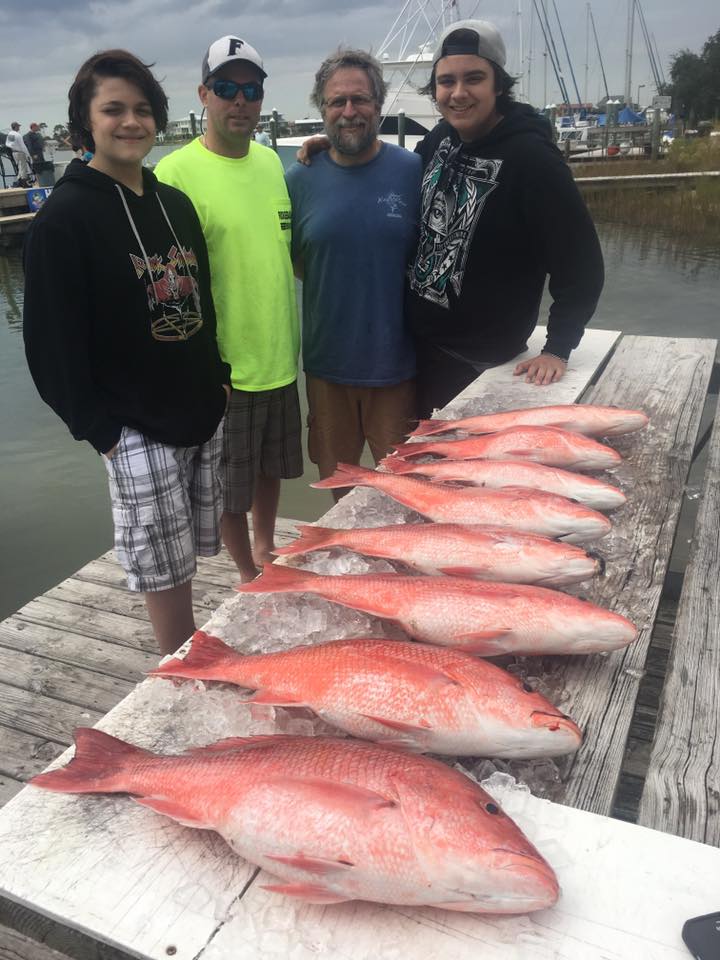 Inshore – Shallow Water Fishing Charters
Spanish mackerel fishing has been just about as good as its going to get. They can be caught in Pensacola Bay and along the beach out in the Gulf, but the best spot has been around the USS Massachusetts.
Quite a few king mackerel have shown up in Pensacola Bay, but unfortunately menhaden have been a bit tough to find. If you’re going to give it a shot your best bet is probably to fish around the Pensacola Bay Bridge.
Fishing around structure like deep docks and rock piles in Pensacola Bay you can expect to find redfish and mangrove snapper. Typically, the fall is a great time to go after redfish around the dock in Santa Rosa Sound and Big Lagoon.

Offshore – Pensacola Fishing Charters
It seems like the weather cooling down a bit has really improved the red snapper bite in Florida state waters and there’s still plenty of live bait around. Just remember that the season is only open on Fridays, Saturdays, and Sundays this month.
Wahoo and white marlin continue to be the word from those trolling out around the Nipple and Spur. Those targeting swordfish during both the day and night have been doing pretty good as well.

Freshwater – Charter Fishing Pensacola
Reports this week were different from one angler to the next, but it sounds like cool weather has really helped the bass bite on Blackwater and Yellow River. In addition, you should be able to find a decent bream bite early in the morning and some catfish action after dark.