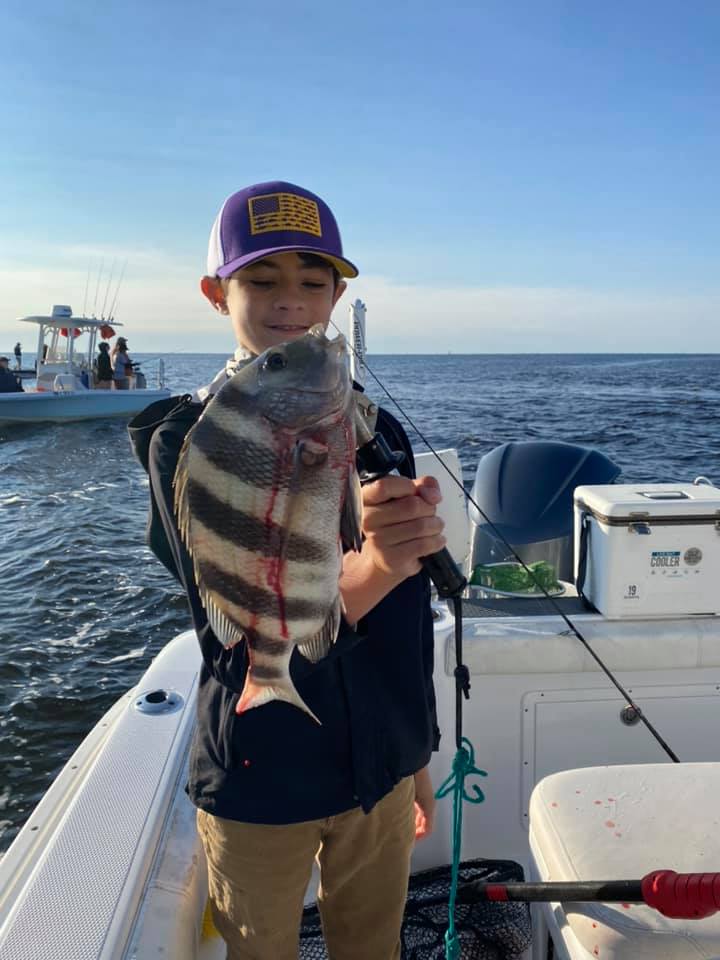 It’s cold outside, but that doesn’t mean there’s not some good fishing to be done. Throughout January and February, you really have to watch the weather while planning a fishing trip, expecially if you’re trying to get out into the Gulf of Mexico.

Speckled trout are a very popular species for anglers looking for inshore action in January. It’s a good time of year to try to catch a big one in Bayou Chico, Bayou Texar, and Bayou Grande. If you’re looking for quantity over size hit Villa Vynce and the other canals in Gulf Breeze.

Sheepshead are beginning to showup, but it’s only the start. You might find a few around the jettys in the pass, but they really haven’t show up there just yet. You’re better off to look for them around the Bridges like Garcon Point, Interstate, and Bob Sikes.

If you want to try your luck at finding some bull reds your best chance will be to look for them out in the Gulf along the beaches. They can be found both east and west of Pensacola Pass. Try getting out there on a north wind when the beach is slick calm.

Red snapper, gag grouper, triggerfish, and amberjack are all closed through the month of January, so if you’re going bottom fishing and looking for something to keep your best bet is probably vermillion snapper or scamp.

When the weather cooperates January is usually a pretty good time of year to venture out to the deep weater oil rigs in search of yellowfin and blackfin tuna. It’s always a good idea to get out there where you can fish some in the dark and some during the day.

Pensacola Beach Gulf Fishing Pier and the Pensacola Bay Fishing Bridge are currently both closed, so land locked anglers are limited to where they can go. Fort Pickens Pier is about as good as anywhere this time of year, especially once the sheepshead start showing up.

It’s a little early, but surf fishing is worth giving a try if you’re looking for something peaceful and relaxing to do. More than likely you’ll find whiting and probably a bull redfish, but you never know when you’ll catch a pompano. Typically the pompano caught in Janyary and February are big ones.