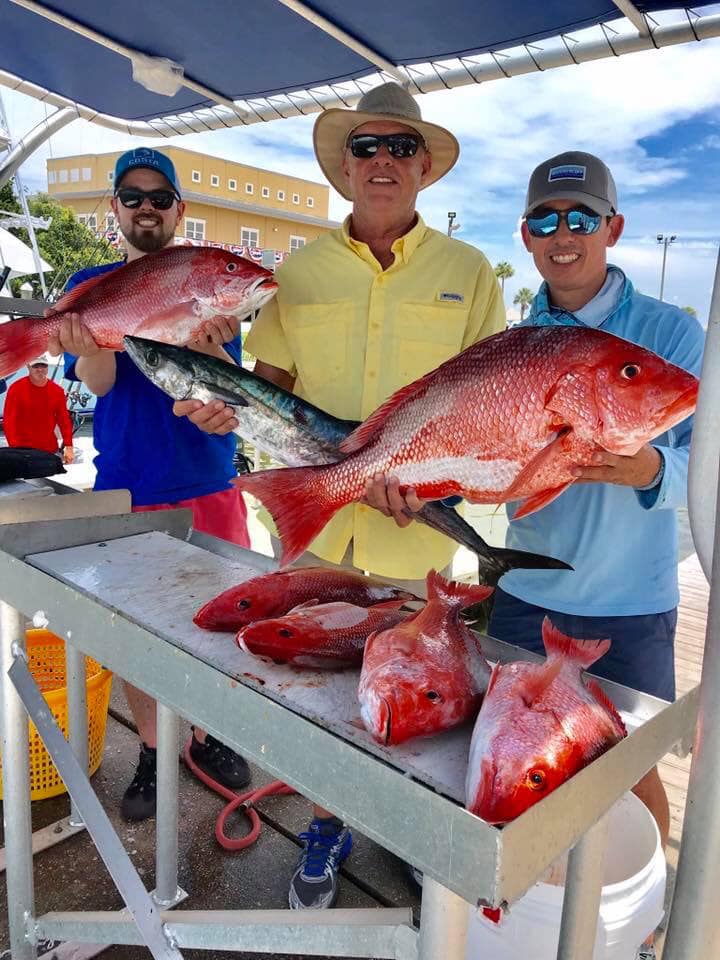 If it’s calm and we’re able to get out into the Gulf of Mexico on your inshore / nearshore fishing charter you can expect to catch red snapper, triggerfish, mingo snapper, amberjack, bonita, cobia, king mackerel, sharks, and a variety of other species both bottom fishing and trolling.

If it’s too rough in the Gulf of Mexico or your captain feels like you’ll have a more productive fishing charters fishing inshore waters of Pensacola Bay, Santa Rosa Sound, or Big Lagoon you can expect to catch species like redfish, trout, flounder, sheepshead, and Spanish mackerel.

A lot of our species have open and closed seasons, so what you can keep will depend on the time of year. Red snapper are typically open thirty to sixty days during June and July. Other species like triggerfish and amberjack are open three or four months throughout the year.

Inshore / nearshore fishing charters are priced for four anglers at $500 for four hours, $575 for 5 hours, and $650 for 6 hours. We can take up to 6 anglers with an additional cost of $75 per person for the 5th and 6th person on these fishing charters in Pensacola and Pensacola Beach.

Another option for a cheap or inexpensive fishing charter, especially if you only have one of two anglers, is what we call a walkon fishing charter. This is a trip where you will be grouped with other people or groups with typically fifteen to thirty anglers on board the boat.

These trips are operated on large boats, usually thirty to fifty feet, that can carry a lot of people. All trips are either six or eight hours and range from $125 to $165 per person. All trips go into the Gulf of Mexico to bottom fish for species like red snapper, mingo snapper, triggerfish, and white snapper.

Give Hot Spots Charters a call at (850) 449-5555 if you’d like to book an inshore / nearshore fishing charter or would like to discuss the best option for your family and friends. If you’re looking for a walkon charter or shared fishing trip please call (850) 449-4750. 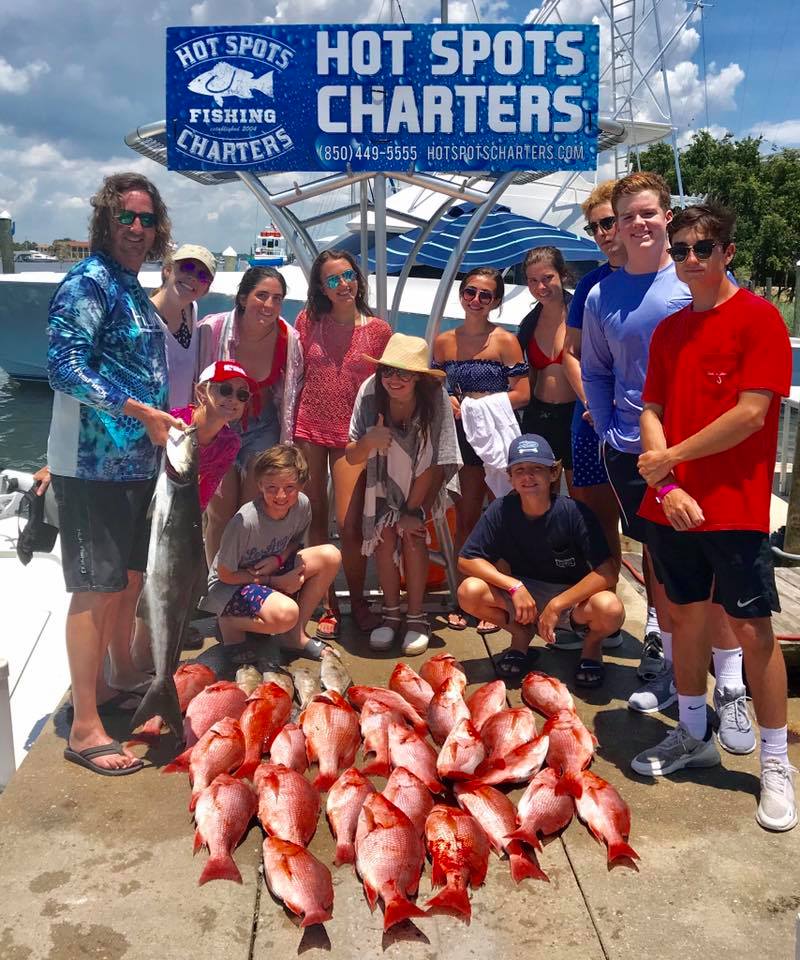